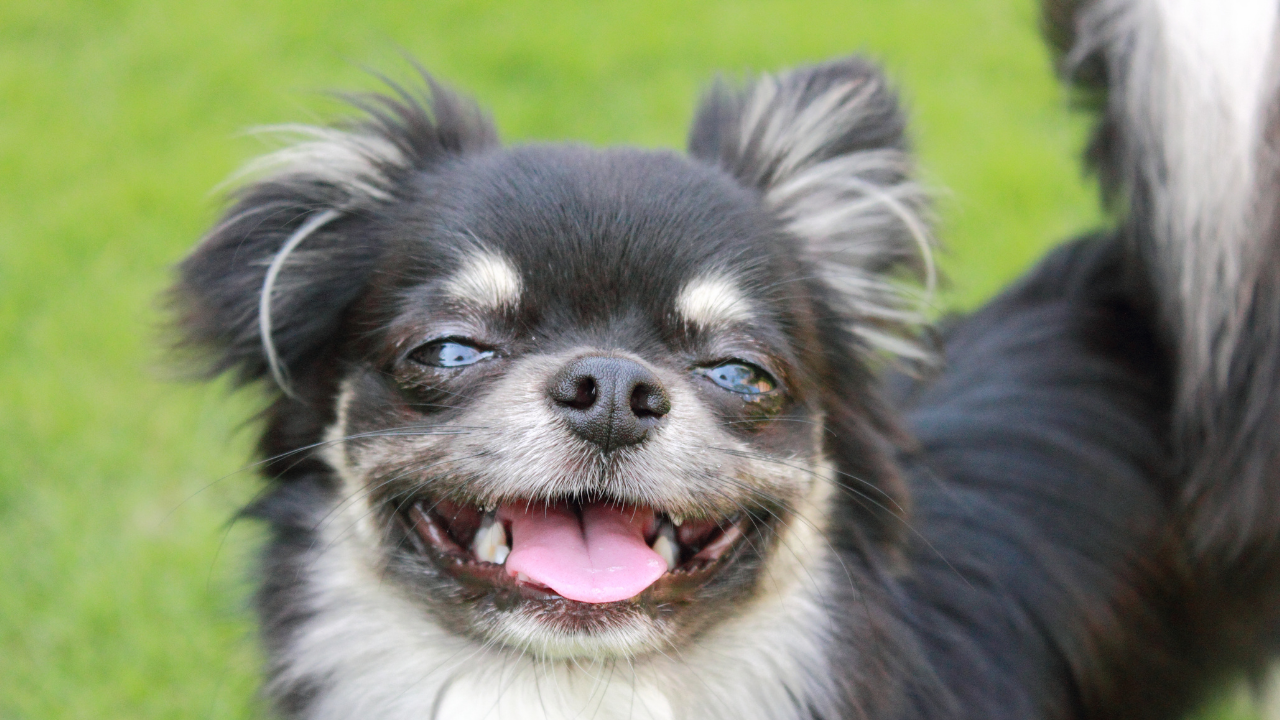 Why do they bark at other dogs, why can’t they just get along, they’re all dogs after all?

Understanding chihuahua reactivity is a big step in being able to work with them and help overcome it.

What reactivity isn’t is your chihuahua trying to dominate all the other dogs they meet. I’ve lost count of the times I’ve heard people use the term ‘small dog syndrome’ or ‘he thinks he’s a rottweiler’.

This belief that dogs strive to be ‘top dog’ over every dog they meet is very ingrained in people’s thinking. It originates from a very old study done in the 80s based on a pack on unrelated wolves and how they interacted. Even the originator of the study has acknowledged that the findings were flawed.

But it spawned a very aggressive form of dog training that told owners they had to be the alpha dog, or your dog wouldn’t respect you and this is an idea that is still widely believed even among other dog trainers today.

Domination or the need to be the ‘top dog’ is not what’s happening with your chihuahua. So, park the idea that they are striving to take over the world. They just want a happy life with their human family.

Why is he barking at other dogs out on walks?

The answers will vary slightly from dog to dog. But pessimism, overarousal and fear of novelty will be playing a big part of it. When they see another dog, they are worried about what that dog’s presence means for them. Is this dog a threat? Will they have to interact with it?

Imagine you see a clown in the middle of a field. Unless you’re at the circus that would be weird, and you would be crazy not to be wary. That’s how your chihuahua feels about stranger dogs or ambiguous things they don’t understand.

But, before you start beating yourself up and think you’ve done something wrong, pessimism is a natural state for a lot of animals, it helps them live longer in the wild. A pessimistic animal that doesn’t run up to something novel is likely to live longer. But pessimism is not something we need in our domesticated dogs; it can make things difficult and cause unhelpful behaviors like barking and displays of fear-based aggression.

It’s not about socialization

A lot of people will tell you it’s about socialization, but that’s not the case and often pushing a dog through a regulated programme of socialization can cause many of the problems you are experiencing now. Taking a puppy into a noisy class full of over excited dogs and stressed owners can cause multiple issues. Unless the class is very well run, and often they are just a free-for-all, you can end up with a stressed barking chihuahua.

How to stop chihuahua reactivity

Despite what the guy on the TV says there is no flick of the lead that can cure chihuahua reactivity. We need to look under the hood and fix it there. Turn your chi into an optimist, create a more relaxed chilled out animal that’s not always on the lookout for trouble. Reshape their thinking so when they see another dog, they can ignore it.

This may sound like an impossible dream, but it can be done. You can have a chihuahua that walks along happily and doesn’t go off like a rocket when they see another dog

5 thoughts on “Understand your chihuahua reactivity”