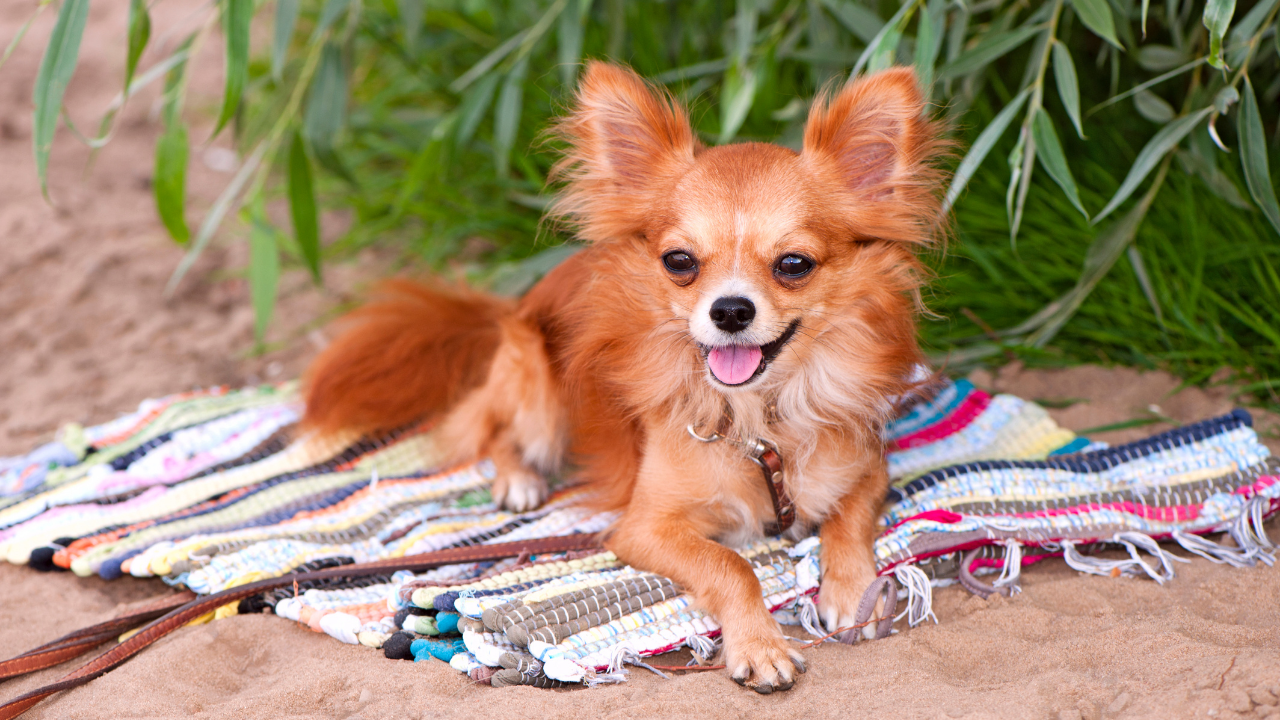 If your chihuahua nudges you, paws you or barks at you to keep doing something they want this is called action-prompting. On the face of it, giving you a little nudge with their nose to keep to stoking them seems harmless enough but this behaviour can escalate into continual barking to throw the ball or play with them. This action-prompting behaviour can become annoying if you are trying to read or worse if you are working from home and in the middle of a work call.

If you have a chihuahua puppy, action-prompting may look like mouthing or biting or nipping at clothes to get you to play.

If action prompting behaviour is causing a problem in your house this road map will help you get it under control and divert your chihuahua to a calmer state.

Action prompting is when your dog ‘prompts’ you for interaction.

Often this is because your chihuahua is in a more excited headspace than is appropriate to you are the environment. For example, they will drop a toy at your feet while you are working, trying to read, or just doing something that doesn’t involve them.

Why ignoring it is not a good idea

Conventional training suggests that you ignore action prompting, but this can be hard if their chosen behavior is barking, and you are working. Ignoring can also lead to frustration in the dog and they may up their game to nipping and biting to get a reaction. While they are doing they are going to be getting more and more excited and less able to calm down.

We are going to re-direct the dog to a more calming activity, thus avoiding an escalation of the behavior and frustration in the dog. Eventually the dog will learn that action prompting does not yield the desired results and the behavior will reduce.

Figure of 8s is a calming walk that involves walking your dog around in a quiet figure of 8. This action has a meditative effect and will help your chihuahua calm down. Using a double ended lead and a two point harness makes this easier.

Boundary training is when your dog is directed to an area where sit until directed to leave, a raised bed is often used or a crate. The boundary is always an area of calm and often your dog will settle down for a sleep or be given a long chew.

Settle down with a Kong

Feeding you dog in a Kong is very helpful as it gives you chihuahua lots of fun and engagement trying to dig the food out. Rather than give your dog all their daily food allowance in the bowl in the morning spread it out and use it during the day. Think of food as currency and spend it to give your chihuahua something to do over the day.

If your chihuahua is able to walk outside without becoming over excited, then a calm road walk can help put them in a better head space.

Settle down with a hoof or long-term chew

When we talk about long-term chews we don’t mean anything you are going to buy from the supermarket. That includes dental sticks which are often full of empty calories and rubbish, or plastic bones that are meat flavoured. Think about using a hoof, raw bones (remove the marrow), pigs ears or something natural. Avoid rawhide as this can cause stomach upset.

Scatter feeding is another great way to feed your chihuahua and get fantastic value from their dinner. It is simply getting some of their daily food allowance and scattering on the grass. Your dog will really enjoy hunting and snuffling about for it. If you don’t have a garden then think about a snuffle mat. See Minnie in the video enjoying her snuffle mat. The act of hunting and snuffling for their food is very calming and hardwired into their psyche. Dogs are natural scavengers and this is a natural behaviour for them it’s even got a name, contrafreeloading. It is much better for your dogs mental health to work for their food.

If your dog is an action prompter, then plan for it. Have things ready so the behavior can be dealt with in the moment.