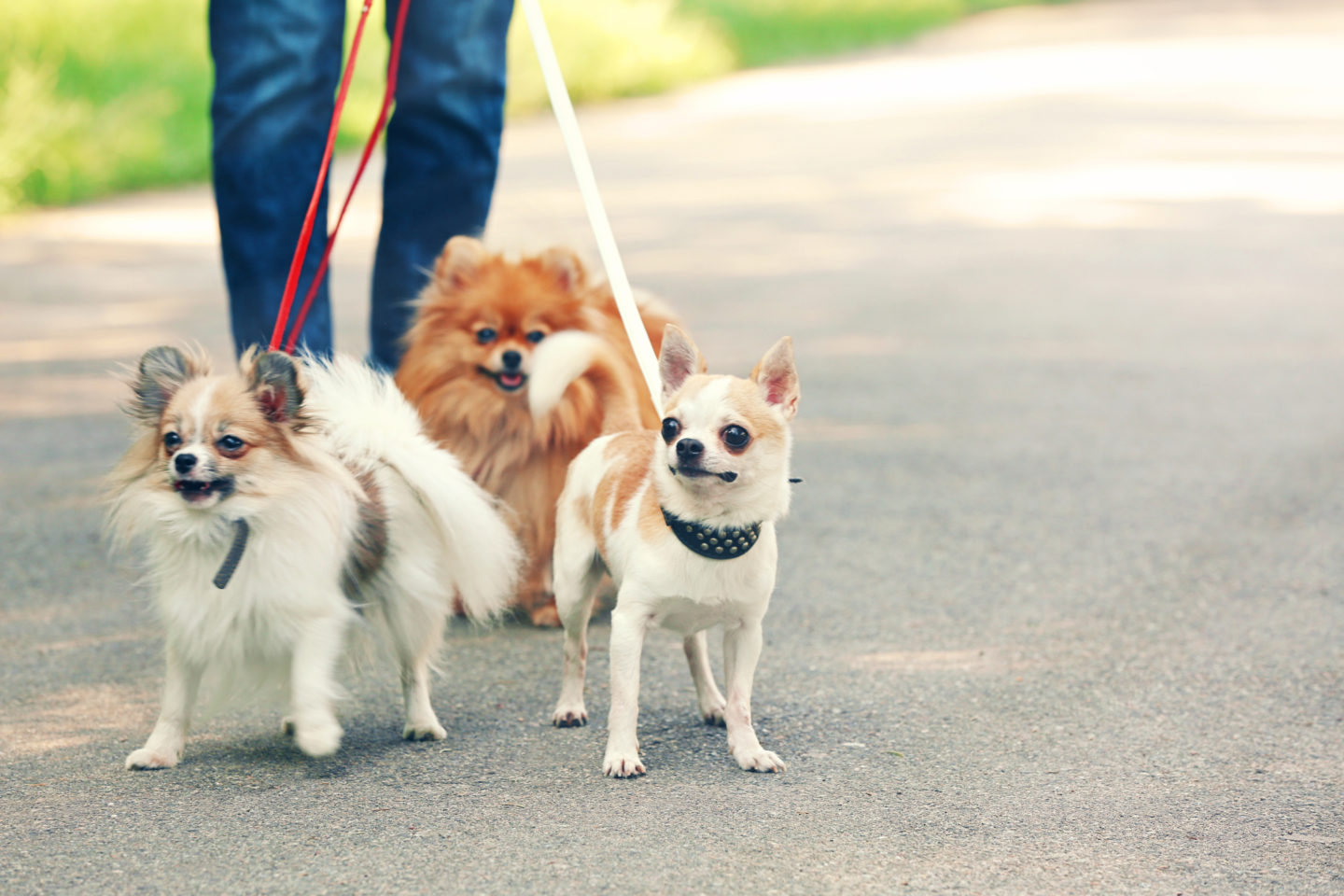 Chihuahua Behaviour; 5 Ways to not approach a Chihuahua

Does it drive you mad when people assume that because your chi is small and cute that he is automatically going to want to be petted and fussed. Nothing could be further from the truth for a lot of chihuahuas who are, by nature, wary of strangers and prone to fear biting. Understanding chihuahua behaviour and what motivates their responses can help people understand your chi and avoid the chihuahua ‘curled lip of doom’.

Minnie looks like a teddy bear and children are automatically drawn to her and luckily, she loves to be fussed, but Mika is a lot warier of strangers especially children and would take a dim view of a stranger not following the correct introduction protocol’s.

His growl or snap would then be interpreted as aggressive, when in fact to the dog, it is the stranger who is being aggressive and threatening.

It seems to me that people don’t teach their children how to approach dogs and don’t try to understand the interaction from the dogs point of view.

Here are some general guidelines to help people understand more about chihuahua behaviours and introduction etiquette.

Don’t Loom Over Them

To a chihuahua you are huge and if you stand over them they may assume an attack is imminent. Chihuahuas, like most small animals, are programmed to instinctively avoid large objects coming at them from above. Crouch down and be sideways to the dog, this reduces your profile and makes you appear less of a threat.

Don’t Pat Them On The Head.

No dogs really like being patted on the head, to a dog this is a sign of aggression and dominace. Some may tolerate it, but chihuahuas can be less forgiving than a lot of dogs. Crouch down and let the dog come to you before you attempt to touch him. Then if it is appropriate approach him in a curve rather than head on and go for a scratch behind the ears or a chest rub.

Don’t Run Up To Them

One of the main reasons chihuahuas may not be the ideal dog when you have a young family is their dislike of unpredictable running about. You would avoid an out-of-control giant baby and this is how some chihuahuas view young children. This puts them on guard. You might think it would be best to run away and hide, but chihuahuas are feisty and will attempt to deal with the situation by using the weapons available to them. Growling and teeth.

Joggers and people coming towards them on bikes will fall into this category and when your chihuahua spots them he may go into attach mode and attempt to nip ankle’s and the backs of legs.

When we are out with ours and this happens we ‘power walk’ them past the oncoming threat giving them positive strong commands of ‘walk on’. If they are confident with you as pack leader they will take their que from you and should start to tolerate the situation. Mika has defiantly got better. He hasn’t chased a jogger across the park for a while now!

If you have children who are playing ball or skipping or you have a stick of some sort this may not be the best time to stop and chat to a chihuahua or walk past one. In the same way they don’t like unpredictable behaviour they don’t like people waving things around. They will most defiantly feel threatened and are likely to snap or growl.

If you did this to a child the child would become over stimulated and excitable and then you wouldn’t be able to do anything with them. The same thing will happen to your chi or any dog. You can’t over stimulate them then expect them to read the situation correctly.  Be calm and act in a calm way to get the best interaction possible.

Other articles you may like: Making friends with your mother-in-laws chihuahua.

3 thoughts on “Chihuahua Behaviour: How not to approach a chihuahua”