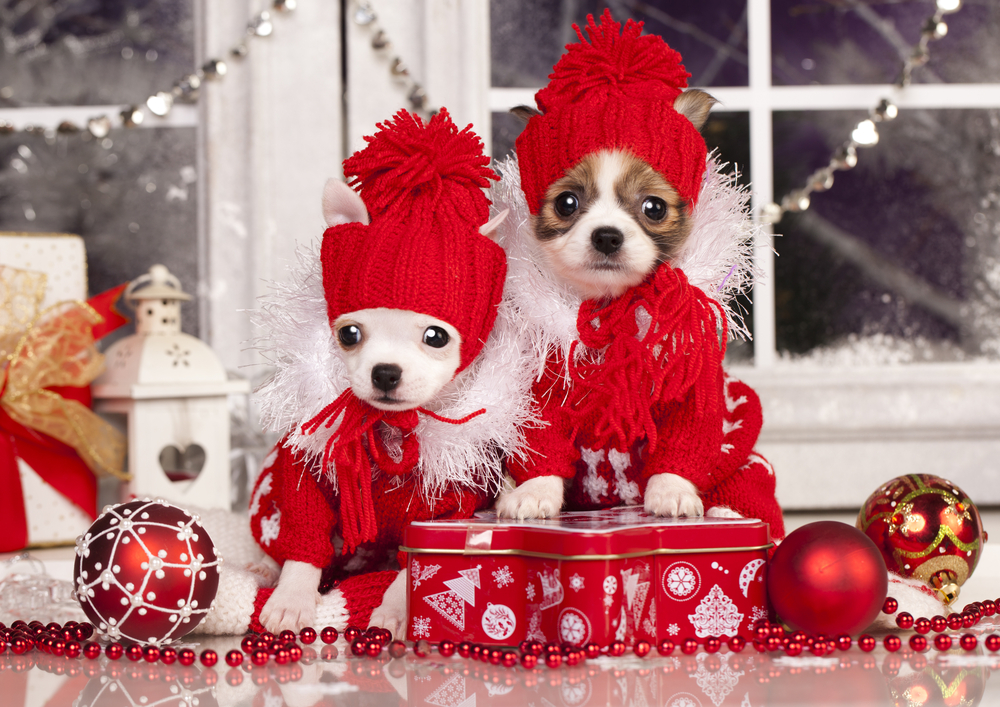 Both Christmas and Easter is a time for getting together and enjoying some seasonal food, but a surprising amount of traditional celebration food is either poisonous to dogs or likely to cause an upset tummy. As your chihuahua is tiny even the smallest amount of food from banned list could make him ill.

These play a bit part in Christmas & Easter treats, they are abundant in Christmas cake, Christmas pudding, mince pies and hot cross buns. But, currents are highly toxic to dogs, so don’t be tempted to feed your dog your crumbs or leave cake lying about in temptations way.

Some nuts are OK for dogs and others are toxic. But in general, they need to be avoided. Even if they are not toxic they are very high in fat which could cause an upset stomach. They are also very hard to digest so there is a risk of intestinal blockage. According to petinsurance.com ‘can my dog eat peanuts’ is one of the most common searchers for dog owners.

Most people realise that chocolate is on the banned list for dogs. It contains caffeine and theobromine which are both poisonous to dogs. Given your chihuahua’s size, even a small amount of chocolate could make him ill. Dark chocolate is more poisonous that milk. Signs that your dog has eaten chocolate is:

What part of your roast dinner can your chihuahua enjoy?

It is only natural to want to share roast dinner with your chihuahua family, and with those pleading eyes, giving titbits is hard to avoid. But some of the things on your plate are just plain bad for your dog.

Meat is generally Ok for your dog, but not if it is covered in salt, pepper and other sauces. If you are going to treat him to a titbit, keep it lean or you could pay the price later as large amounts of fat can cause diarrhoea.

Potatoes are very starchy and when covered in fat may be just too rich for his tummy. If you do give him some, make it a very tiny amount.

Gravy makes a meal, but people gravy is full of salt and fat. Salt is very bad for your chihuahua and the fat could contribute to an upset tummy.

Most green veggies, carrots and parsnips are OK if they are cooked and not covered in salt.

Avoid onions and onion family like leeks are banned. Onions are poisonous.

On the banned list. Redcurrants are also poisonous to dogs so keep him away from the redcurrant jelly.

Dogs should not be allowed to drink alcohol. Beer & wine’s main ingredients, grapes and hops, are both poisonous for dogs. Dogs are not wired to process the ethanol in alcohol. Alcohol can very quickly poison a tiny chihuahua.

If you are busy in the kitchen make sure your chi does not lick up any spilt baking powder or eat any uncooked yeast based dough. Both foods can make your dog very sick as they react in their stomach.

If you and your children are making homemade ornaments from salt dough, it is vital that your chi does not get a chance to munch on them. Salt dough contains toxic levels of salt.

This is not a definitive list of every thing that is bad for your dog. If you are not sure then avoid it. You can read 8 things your chihuahua mustn’t eat.