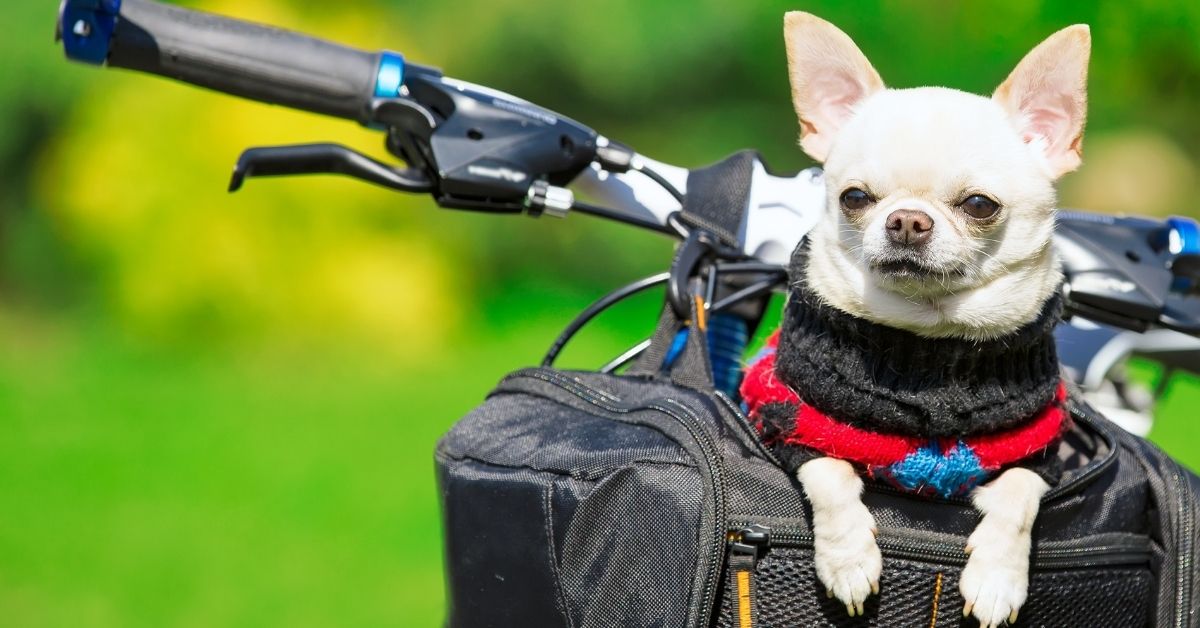 Apple cider vinegar for dogs has become very trendy and it seems to be an all-round good guy with lots of health benefits for everyone, including our chihuahuas. I’ve had reason to investigate it a bit more because Minnie has started her seasonal itchy skin issues and if it is allowed to escalate, she will start to chew and pull out her fur. I was looking for alternatives to chemicals and long-term medication.

What is Apple Cider Vinegar?

Apple cider vinegar is just apples and water. I’ve read different accounts of its nutritional value. Some saying it is rich in vitamins & minerals with others saying there are only trace amounts to be found. Everyone agrees it is rich in potassium.

The apples and water have been allowed to ferment until it turns into acetic acid which is the main component of vinegar. It is this acetic acid that gives the ACV it’s health benefits.

Like everything there are different qualities of ACV and you need to look for raw, unpasteurised vinegar that contain the ‘mother culture’.

The ‘mother culture’ floats around giving it a cloudy appearance. It is this mother culture that contains good bacteria, enzymes, pectin, proteins and minerals. If the liquid is clear, then it has likely been pasteurised and won’t contain this important addition.

There does seem to be some actual research suggesting that, yes, apple cider vinegar can help dogs with a variety of health issues.

It can help regulate insulin
Be used to alleviate joint pain
Help with digestive issues by encouraging good gut bacteria
Relieve itchy skin complaints by taking it internally and using topically in a 50/50 solution as a rinse or spray.
Alleviate gunky ears and stinky ‘corn chip’ paws by killing the yeast that causes this.
Help clean teeth by stopping plaque forming
Repels ticks and fleas by making blood more acidic and using it as a topical spray

There are some wild and outrageous claims online about how ACV can cure cancer. I would take this with a massive pinch of salt and in the interest of balance there are some who don’t agree that ACV should be given to dogs at all, suggesting it can throw out a dog’s PH levels so it’s always important to do some proper research.

How much AVC should you give a chihuahua?

Like anything it’s important not to overdose and get over excited using ACV. Overdose can lead to vomiting and long-term overuse can damage teeth and bones. A small dog dose is about one teaspoon daily, if your chihuahua is tiny then I would halve it. Watch for any adverse reactions and if your chihuahua vomits stop using it.

Has it worked for Minnie?

Minnie has flea allergy dermatitis, a flea only needs to wink at her, and it will send her into crisis. Then a vicious cycle of chewing begins until she has painful hotspots and bald patches.

I had applied a wash of neem oil to help sooth her skin and kill any fleas that might be present. We are huge neem oil fans, but it has downsides in that it stinks and makes her fur look awful. Plus having to keep applying it is a drag.

So, I put a teaspoon in her dinner not really expecting much but that night there was visibly less chewing, and scratching and we all got some sleep.

In the interest of a fair test, I didn’t put any more neem oil on her and continued with the ACV. I’ve got to say so far, I’m very impressed. At time of writing we are four days in, and she has stopped mauling herself.

I could be imagining it, but her tear staining seems less noticeable as well.

This does make me wonder if some of her skin issues could be yeast based. But hey she’s stopped eating herself and that is a real result.