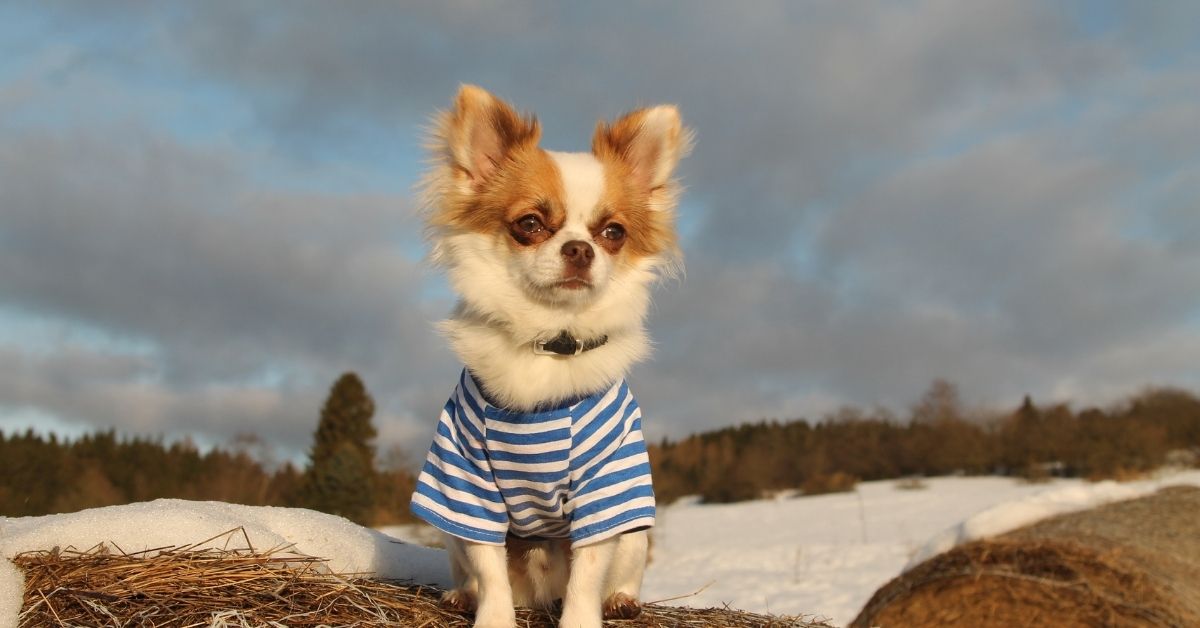 Why picking up your chihuahua could lead to problems

When you have a large, heavy dog picking him up and moving him into position just isn’t possible, so it becomes a matter of training him or at least bribing him to do what you want. Either way the dog is getting some say in the process.

But because they are small picking up your chihuahua is just second nature. We just bend down and scoop him up. You might be putting them in the car or getting them ready for a walk, stopping them from biting the delivery man or taking him to the vet or groomers where they get plonked on the table and handled some more.

According to dog trainer Victoria Stillwell;

‘Small dogs are often physically managed and manipulated against their will simply because of their size. This can create frustration in a dog and a distrust of hands reaching for him. This can result in an aggressive display by the dog when he or she feels invaded’.

So, it starts to become understandable that your chihuahua growls or snaps when hands reach out for him. He fears being swept up against his will, stuffed into clothes he doesn’t want to wear or being carried somewhere he doesn’t want to go.

Picking up your chihuahua all the time can also impact behaviour. If he is growling at a stranger, barking at another dog, or refusing to walk past an object our instinct is to pick him up to avoid a nasty confrontation or just to get moving. But by doing this up we re-enforce the notion that there is something to be afraid of. This will make him react to the same situation in the same way again and perpetuate the problem.

It’s important to differentiate between picking up your chihuahua and stroking or petting him. Being petted should be a pleasure for both you and your chi and most chihuahuas are very keen on being petted. But, if he is getting frustrated by constantly being picked up this could make him a bit chippy and less keen to be stroked.

Petting on the head

Chihuahuas and most other dogs really don’t appreciate being petted on the head. They may just tolerate it from you but most certainly won’t from strangers. Small dogs are hard-wired to think attack from above and any dog considers touching his head as an aggressive action. Don’t force your chihuahua to allow strangers to pet him unless he has initiated the contact by going up to them.

Most people don’t understand that dogs of any size don’t like being held in a tight embrace. People get very offended if you suggest that being held like this is causing their dog stress. But, sorry folks, your dog hates it.

If you look at your dog’s body language next time someone is holding him, you may see licking of the lips, flat ears or whale eye (their eye turn so more of the white can be seen). All these behaviours mean your dog is uncomfortable and feeling stressed. The reason they don’t like this is simply because they can’t run away.

Time for a rethink

It requires a rethink to change the way we handle our chihuahuas. Yes, there are times when they must be picked up, chihuahuas are small and may need your protection from the extreme cold, heat, or other larger dogs that are showing aggressive behaviour. But keep picking up your chihuahua to a minimum so he learns some independence.

Instead, teach your chihuahua some command words that will get him to move on cue. That could be jumping onto your lap, or off and on the furniture.

Give them the tools to move about independently, steps so they can get on the bed (if it’s allowed) that sort of thing.

Take some time to teach them to walk nicely on the lead, then they can walk more rather than be carried or pulled along. Chihuahuas are just as capable as walking to heel as a large dog.

Don’t allow the children to manhandle your chi and treat him like a toy. Make sure your children follow a no-picking-up rule, unless it’s an emergency.

Lastly, if your chihuahua will tolerate all the above without showing you the ‘curled-lip-of doom’. It is still a good idea to cut down the handling. Instead of showing aggression, they may be retreating inwards and start to shut down. This can manifest itself in several behaviour issues that will be hard to unpick later.

We want our chihuahuas to be independent, curious and confident little dogs. Not worry that every hand that reaches out to him is a potential threat.

Training is key, it’s easy to neglect basic training because chihuahuas are small. But it’s a mistake because chis are super intelligent and love to learn new things and it helps them to understand how to negotiate the human world.

Less picking up your chihuahua, more training and walking!

Get help with chihuahua behaviour

Your chihuahua transformation starts with a free discovery chat to see how I can best help you. Please get in touch I look forward to hearing from you. Together we can get back the dog you always wanted.

2 thoughts on “Is picking up your chihuahua making him aggressive?”